The performance tools (PT) team at UVSQ (LI-PaRAD Laboratory) has been working on performance optimization tools and methodologies since 2004 starting with Itanium based clusters.

MAQAO (Modular Assembly Quality Analyzer and Optimizer) is a performance analysis and optimisation toolsuite operating at binary level. It can run single and multi-node parallel applications. When compared to other tools It provides an advanced focus on core/node performance. 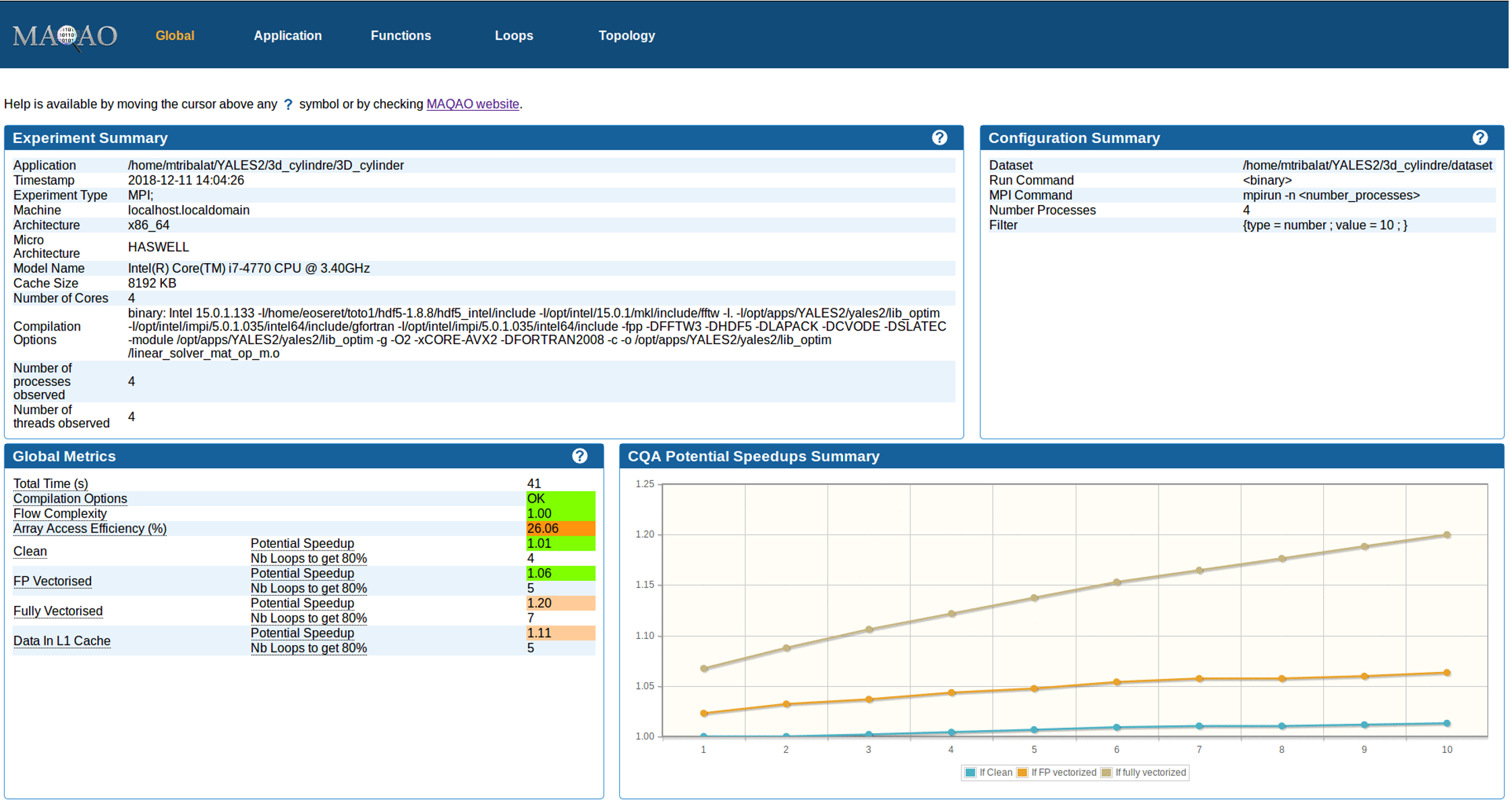 Its main goal is to guide application developers along the optimization process through synthetic reports and hints. The tool mixes both dynamic and static analyses based on its ability to reconstruct high level structures such as functions and loops from an application binary. Since MAQAO operates at binary level, it is agnostic regarding the language used in the source code and does not require recompiling the application to perform analyses. Another key feature of MAQAO is its extensibility. Users can easily write their own modules using the Lua scripting language, allowing fast prototyping of new MAQAO modules. MAQAO has also been designed to concurrently support multiple architectures. At the moment, the Intel64, Xeon Phi and ARM architectures are implemented.

The main modules of MAQAO are: