This week I represented the POP Centre of Excellence at the Forum Teratec 2016 in France. As well as myself, Nick Dingle (Numerical Algorithms Group) and Claudia Rosas (Barcelona Supercomputer Centre) attended from POP, they can be seen in the photo at our stand in the European Research Café part of the forum. 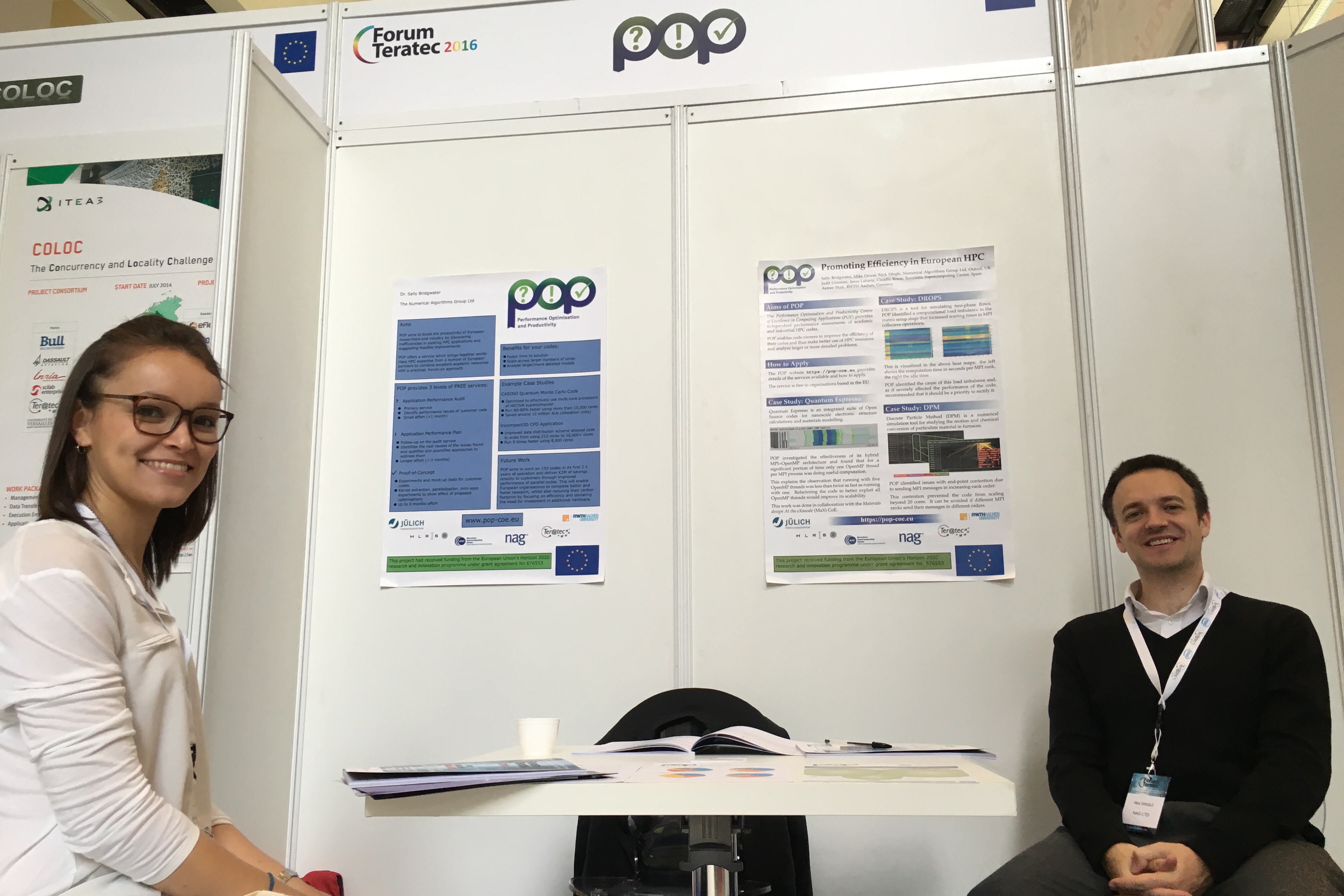 I particularly enjoyed David Keyes talk on "solver software infrastructure for exascale applications". One point he reminded us of was that mean time between failure is expected to fall drastically for exascale (<1 hour is predicted) necessitating fault tolerance be built into software. Presumably this will lead to non-reproducible executions which could make understanding performance issues challenging. I see interesting times ahead for HPC code optimisation.

During the event we spoke to several software companies, some of whom already integrate performance analysis and optimisation into their software development workflow. Other organisations we spoke to are only starting to think about optimisation of parallel code, and were excited to hear about our free of charge performance audits, improvement plans and proof-of concept work.