The close of the SC19 conference, this year again in snowy Denver, Colorado, USA, from 17 to 22 November, ended the busiest week of each year in HPC. 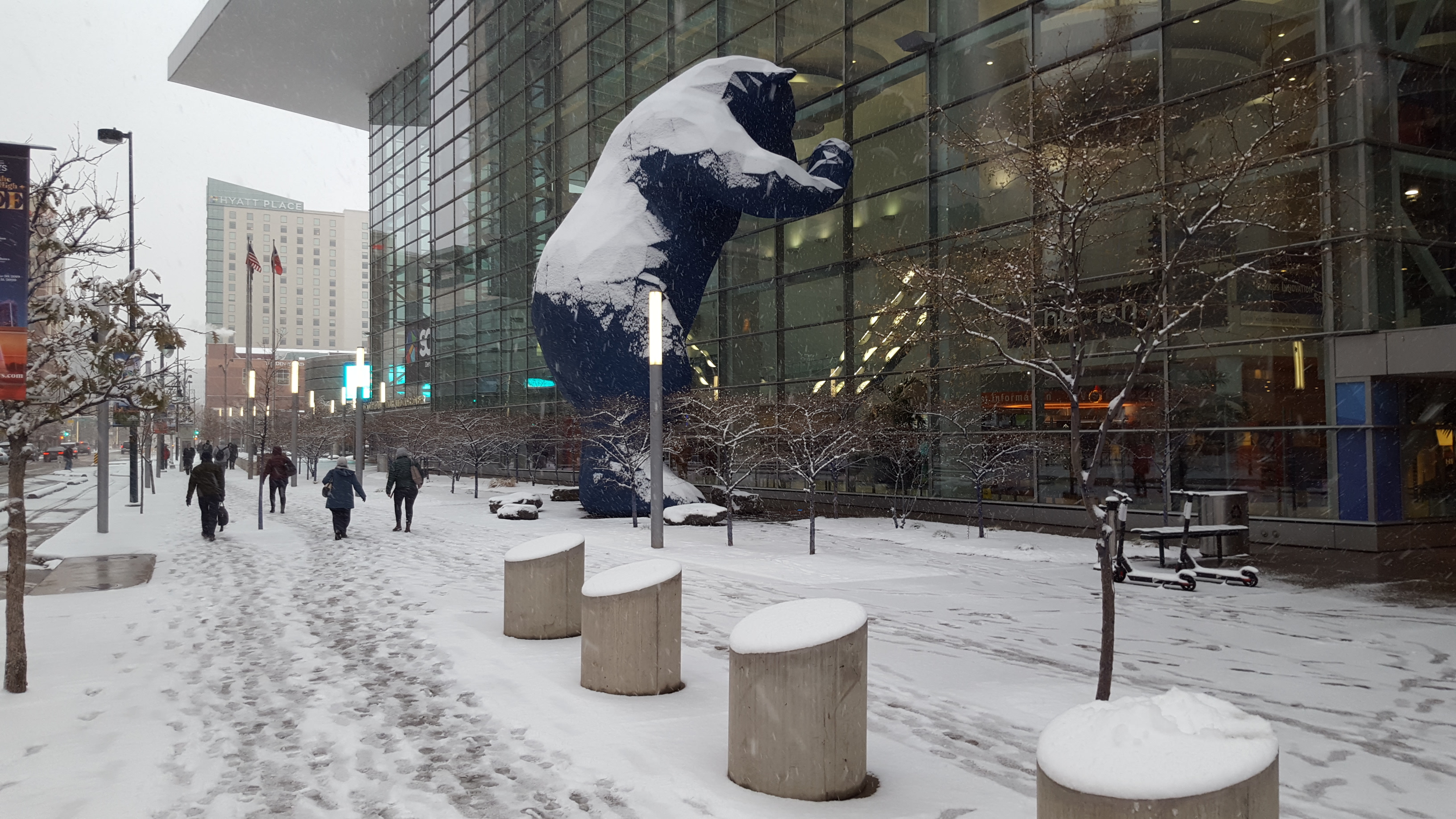 The conference and associated exhibition continues to attract increasing numbers of exhibitors and attendees -- just shy of 14,000 this year -- from all over the world, and POP was represented in force. 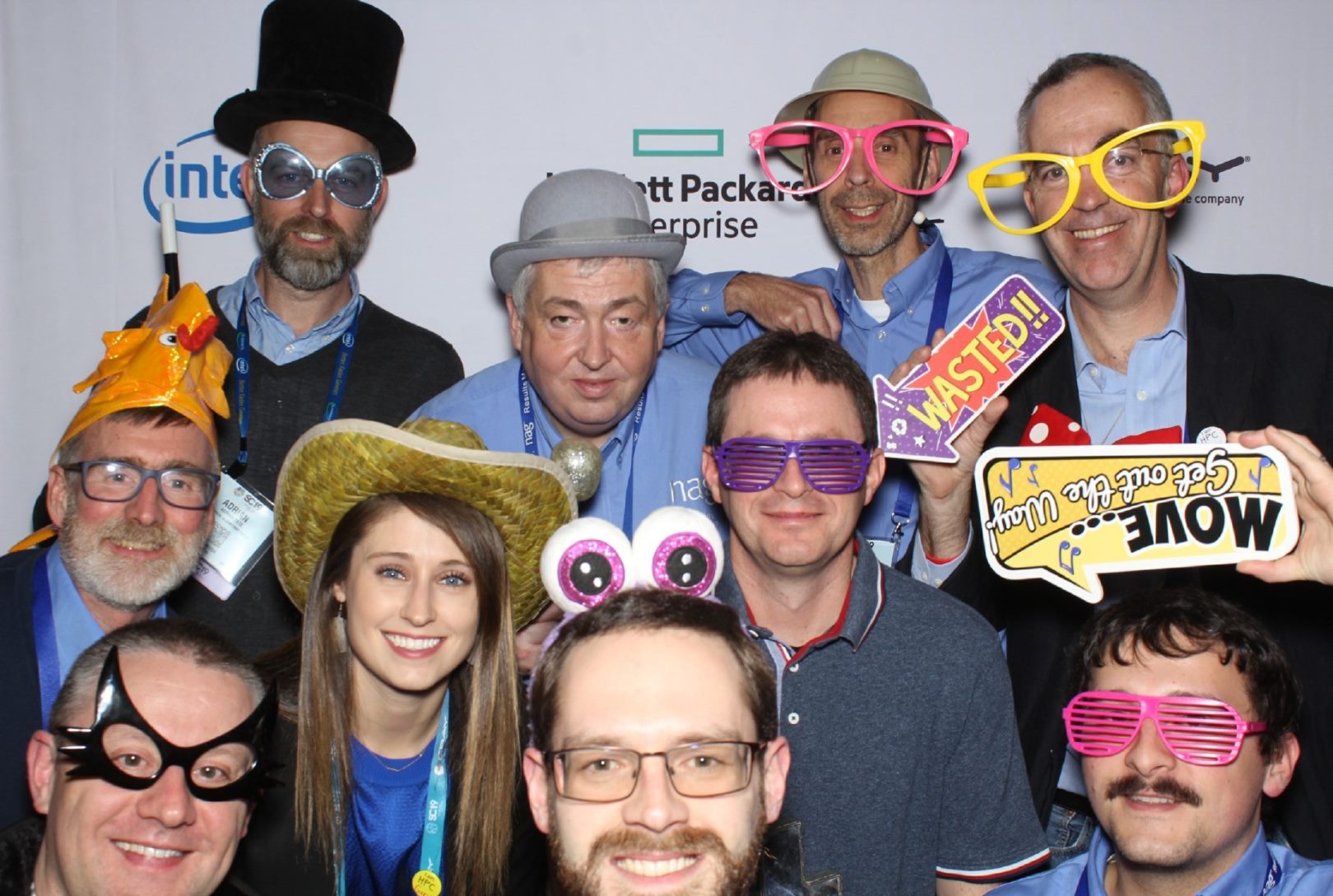 NAG had over 20 delegates -- too many to fit in their staff picture (see above) -- with BSC, HLRS, IT4I, JSC/RWTH and the French partners also having exhibition booths showcasing their POP and other activities. Besides presenting posters and contributing to workshops, BoFs, Panels and Papers sessions, POP partners presented the following tutorials on a wide range of topics at SC19: 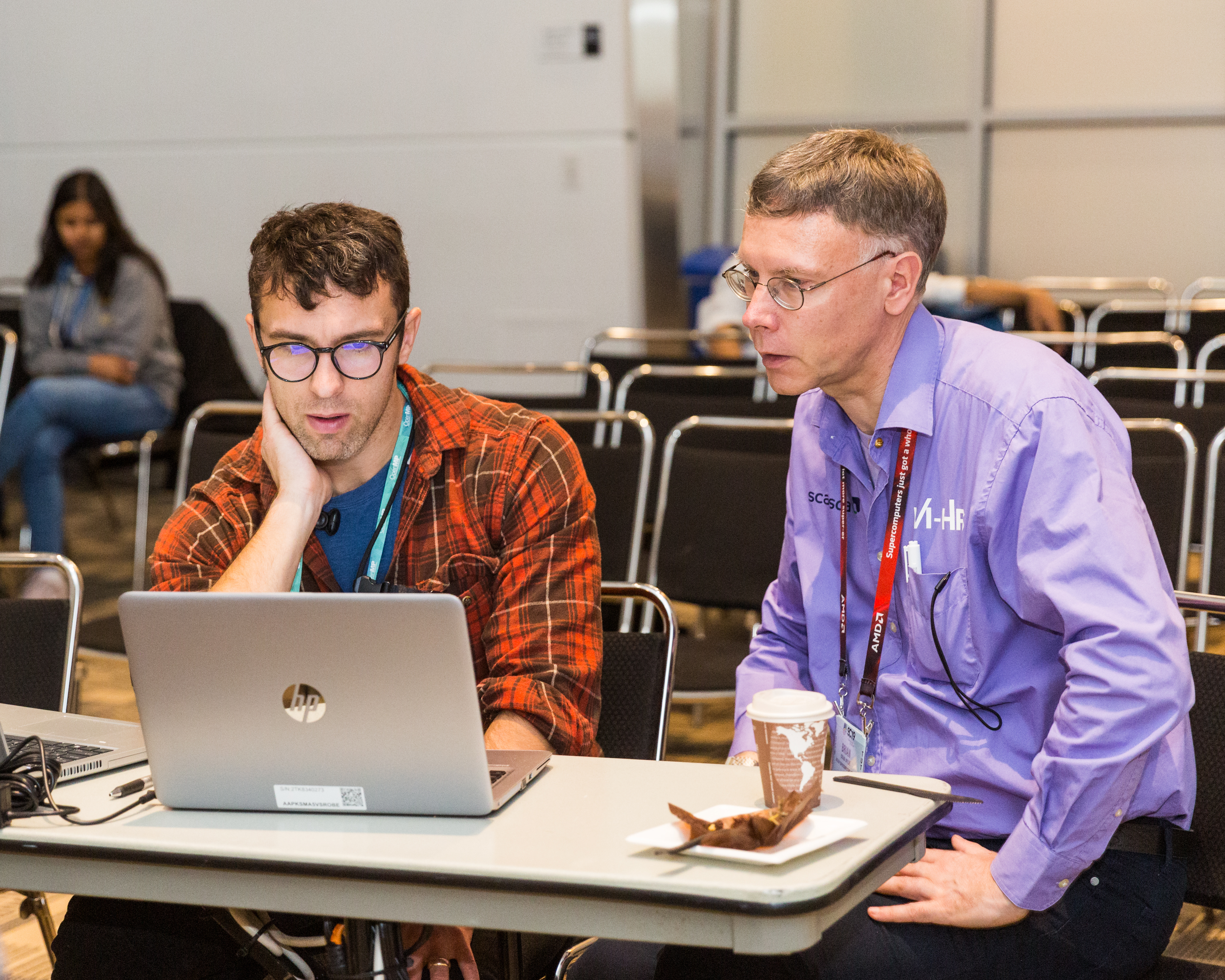 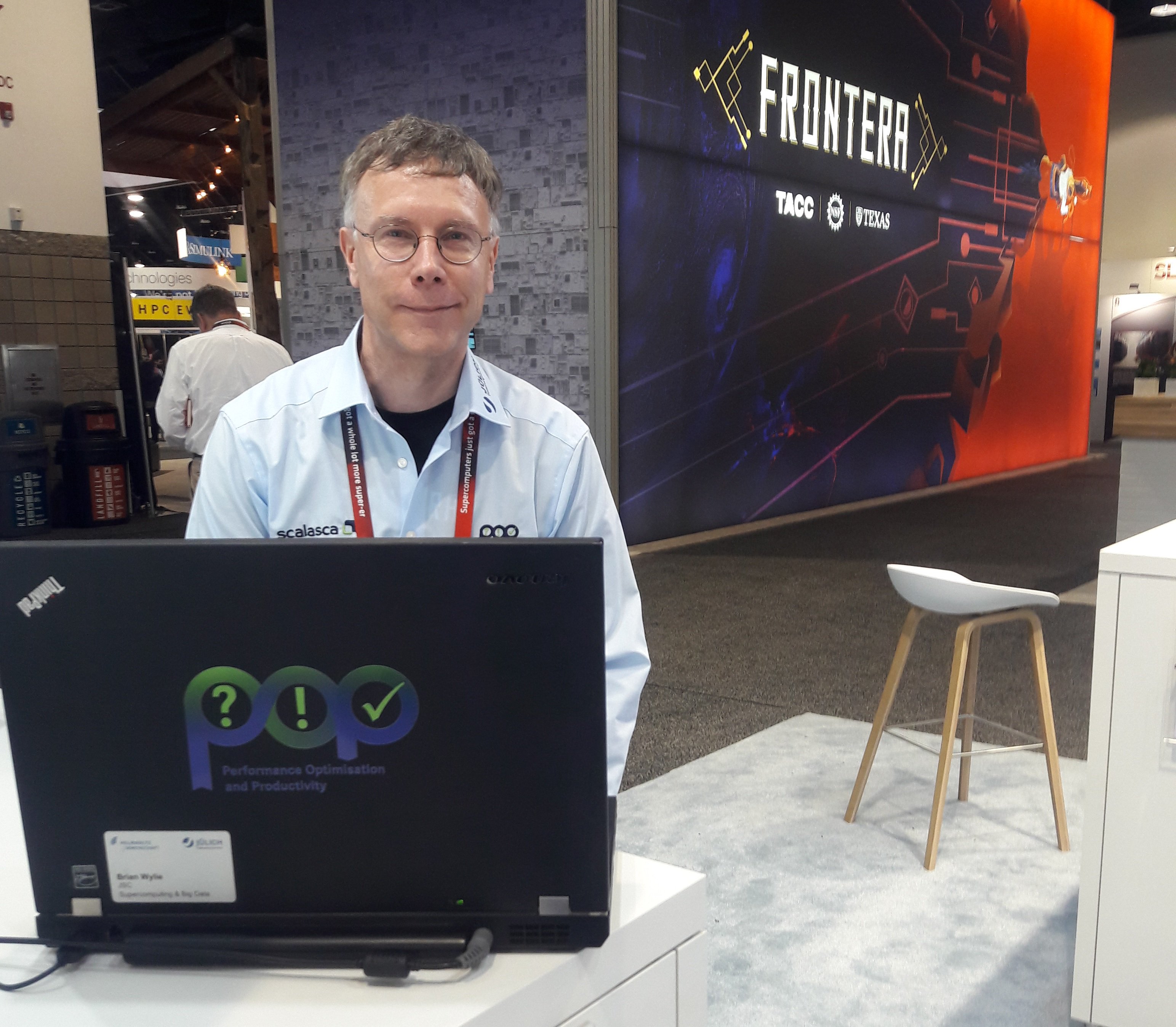 Scalasca and associated performance tools were deployed in a well attended full-day hands-on tutorial, and showcased with demonstrations at a dedicated podium in the JSC booth: including the new analysis in CUBE of the POP parallel efficiency metrics average demonstration length with questions was over one hour! The latest VI-HPS Tools Guide, covering the portfolio of tools offered by POP and VI-HPS partners, and our hands-on workshops were also popular topics, in particular with the other EU HPC Centres of Excellence all participating at the conference.

One of the hot topics of conversation this year was the migration underway from the Intel Scalable Processors that currently dominate the Top500 list, where there were no changes at all in the top ten systems, to more performant and efficient CPUs from AMD and ARM as well as GPUs (from AMD and Intel as well as Nvidia) and FPGAs, and the knock-on impact on programming models and HPC applications.  Next year's conference SC20 will be in Atlanta, the home of Coke, so look out for POP there!