zCFD by Zenotech is a density based finite volume and Discontinuous Galerkin (DG) computational fluid dynamics (CFD) solver for steady-state or time-dependent flow simulation. It decomposes domains using unstructured meshes. It is written in Python and C++ and parallelised with OpenMP and MPI.

This webinar described the work that POP and Zenotech undertook to investigate the performance of zCFD. An initial Performance Audit using Intel's VTune Amplifier performance profiler identified several areas of potential improvement, which Zenotech went on to address in a POP Proof-of-Concept (PoC) study. As a result of the PoC, zCFD ran 3x faster on a representative input case.

The 30-minute live webinar presented an introduction to POP's performance analysis methodology, described how Intel VTune was used to gain performance insights, and discussed the modifications made to zCFD as a result. 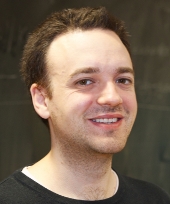 Nick Dingle obtained an M.Sc.in Computing Science from Imperial College London in 2001 and a Ph.D. in Computing from the same institution in 2004. He worked as a Research Associate at Imperial and the School of Maths at the University of Manchester between 2007 and 2013. Nick is now a Technical Consultant at the Numerical Algorithms Group, working on the EU-funded Performance Optimisation and Productivity Centre of Excellence in HPC.