Resources for co-design is a section within the POP website which gathers together a set of typical behavioural patterns, potentially resulting in some kind of performance degradation, that POP has identified in our analyses of user applications. For each of these patterns, the site links to the corresponding best-practice(s) that address their performance issues and, in many cases, also provides downloadable benchmarks to allow interested parties to compare the behaviour before and after applying a given best-practice.

In this 30-minute webinar, Xavier Teruel (BSC) presented the main motivation behind the development of the site and then explained how to navigate through the different resources for co-design which were created so far. 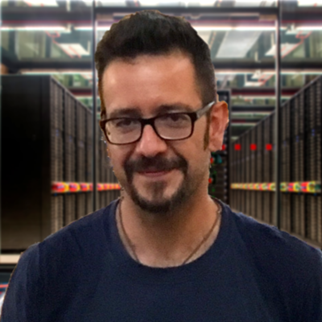 Xavier Teruel received a Computer Engineering degree, followed by a Master’s in Computer Architecture, Networks and Systems, from the Technical University of Catalonia (UPC) in 2006 and 2008, respectively.

Since 2006, Xavier has worked as a researcher within the Computer Science department at Barcelona Supercomputing Center (BSC). He has participated in several research projects in the framework of the European Union, as well as in the standardization of task-based extensions to the OpenMP programming model. From 2018, he has co-led the Best Practices for Performance and Productivity (BePPP) activity group. One of the objectives of BePPP is to promote best-practices for programmers to productively (re)structure their codes to help maximise efficiency and portability. It will also capture the fundamental co-design input, to be forwarded to the appropriate system software and architecture team to target their developments in the most useful direction.

His research interests include programming languages and models, compilers, runtime systems and applications for high-performance computing. He has published several papers at international workshops and conferences, and in journals on these topics.